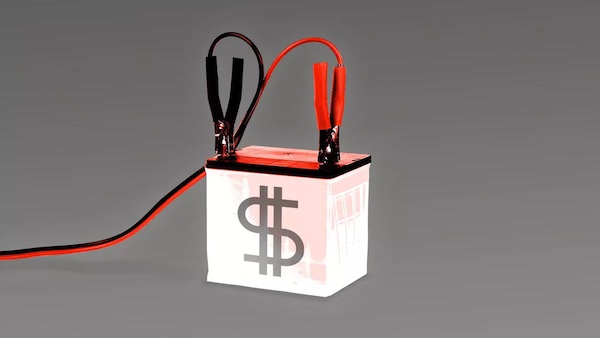 Which company will come out on top in solid-state lithium battery production?

QuantumScape (QS) aims to be the leader in solid-state lithium metal batteries for electric cars.

Why it matters: For decades, researchers have been searching for a breakthrough in lithium-metal batteries, which hold more energy and charge in a fraction of the time compared to traditional lithium-ion batteries (think, the tech that powers your smartphone).

What they're saying: “A lithium-metal battery is considered the holy grail for battery chemistry because of its high capacity and energy density,” said Xin Li, associate professor of materials science at the Harvard John A. Paulson School of Engineering and Applied Science (SEAS). “But the stability of these batteries has always been poor.”

What’s next: QuantumScape’s breakthrough solid-state battery technology is proving successful even as it scales up the battery size. Within a few years, the company will be commercializing effective solid-state batteries that can be used in cars.

Start-ups like QS have to watch out as automotive giants like GM and Honda increasingly move into the space to develop their own solid-state EV batteries.

Capture the potential in QuantumScape with a high probability options strategy: QS.