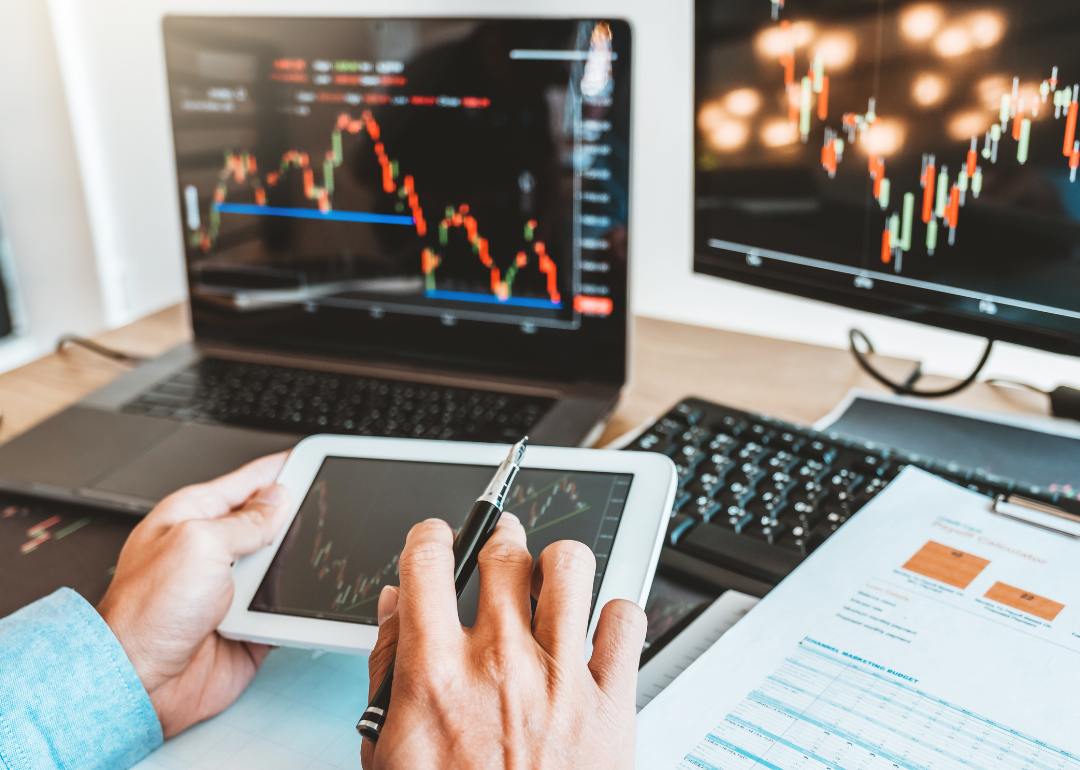 Many people invest money in stocks with the long-term expectation they'll rise in value, but one investment strategy is tied to a stock falling in price: short selling.

Olive Invest compiled a list of some of the most shorted stocks in August 2022 from financial news website MarketWatch. This list includes three pharmaceutical companies and two companies that deal with electric vehicles.

Short selling is the opposite of having a long position, where you buy and hold a stock. In shorting, an investor borrows shares of a company and sells them on the open market in hopes the share price will decrease. If that happens, the investor buys the shares back for less money, returns the borrowed shares, and clears a profit. If the stock price increases, the investor must buy the shares back at the higher price, incurring a loss. It's an oft-maligned, high-risk investing strategy that can net both big profits and big losses. For that reason, it takes serious investing experience to do well.

The concept of shorting stocks has been around for centuries. One of the first examples of shorting a stock was by investor Isaac Le Maire, who shorted the Dutch East India Company in the early 1600s. Unfortunately, however, his efforts to make the company's stock price fall ended in failure.

Continue reading to find out 10 most-shorted stocks in August.
‍

Groupon, the website that allows consumers to buy local experiences and services on the cheap, has been hit hard by the pandemic. When businesses shut down—even if only temporarily—in 2020 at the onset of the pandemic, Groupon's stock plunged, and the company implemented a restructuring plan, which included laying off or furloughing 2,800 employees.

In December 2021, Groupon hired former Zappos CEO Kedar Deshpande to lead the company out of its slump. By this August when the company reported its second quarter results, it also announced another 15% reduction in staff, which meant more than 500 people were trimmed from its payroll.

With this restructuring, Groupon plans to improve its performance by focusing on its core offering, reducing its cloud infrastructure, cutting back on office space, and closing its Australia Goods business.

‍Invest in options with protective strategies that provide downside cushion against drops.

Recent stock market fluctuations are affecting biotechnology companies like Heron Therapeutics in that investors don't have as much capital to finance them. Now Heron is hoping that some cost-cutting will replace those investments, as it announced in June that it's laying off 34% of its staff and streamlining operations in an effort to save $43 million annually. It's also raising money through a $76.5 million private placement financing agreement.

Heron, which manufactures cancer and pain-management drugs, got FDA approval in May 2021 for its post-surgical pain-relieving drug Zynrelef. However, hospitals have focused more on COVID-19 treatments, and have been slow to try Zynrelef.

The company released its second quarter results in August, which included a $56.4 million loss for the quarter, or 55 cents per share. This was 5 cents per share less than analysts' expectations.

Helbiz aims to get people around through shared micromobility—think short-term rentals of e-scooters, e-bikes, and e-mopeds. The company, which operates in over 40 cities around the world, went public last year, but has yet to become profitable.

Helbiz announced its second quarter earnings in August, and although it touted that its quarterly earnings were up 46% year-over-year, it still brought in just $4.4 million in revenue. Operationally, the company may not be doing well, given that it has been late to pay employees and has issues delivering scooters on time.

The company has expanded into business lines that don't necessarily align with its core mission of mobility, including ghost kitchen food delivery and streaming media. In August it added on-demand taxi services as another transportation option.

Discover an intelligent option trading tool that allows you to fully customize outcomes to match your investing style and goals.

In August EVgo, a public electric vehicle charging network, announced bullish results for the second quarter of 2022, including $9.1 million in revenue, a 90% increase in year-over-year revenue growth compared to the same time period in 2021. EVgo also announced a supply agreement with Delta Electronics for 1,000 chargers. This comes after a July announcement that its partnership with General Motors will develop a fast-charging network for Pilot Company, which operates Pilot and Flying J gas stations and truck stops across the country.

That said, some analysts believe EVgo stock is overvalued. In June, a report said the company's operating margins were -381% in the first quarter of 2022 and that charger utilization had dropped by 21% in the last two years. An April study by the University of California, Berkeley, showed that 25.5% of EVgo's chargers in the Bay Area weren't functional.

Beyond Meat was a darling of the stock market, but the plant-based protein manufacturer's stock price has taken a hit this year, falling from around $65 to $26. The company's second quarter revenue came in $2.2 million less than expected, and its loss per share was $1.53—35 cents more than expected.

Now that the initial buzz around plant-based proteins has worn off, Beyond is having trouble reaching new customers. Its latest product, Beyond Jerky, has not taken off, and product tests with McDonald's, Panda Express, KFC, Pizza Hut, and Taco Bell have failed to result in permanent menu additions. Furthermore, Dunkin', Hardee's, and A&W have taken Beyond products off their menus.

Big Lots reported better than expected revenues in its second-quarter earnings. The company has worked to lower that inventory and reposition its product assortment to better target customers who are looking for lower prices. Along with that, it implemented better cost controls and balance sheet management. While it's not out of the woods, management hopes inventories will be better aligned by the fourth quarter. Still, a number of analysts have cut their targets on Big Lots' stock price, although opinions vary on whether it's a stock to hold or sell.

Upstart aims to disrupt the lending market by using AI to determine a borrower's creditworthiness rather than a FICO score. Rather than lending money, it partners with banks or sells the loans to other institutions.

Rising interest rates have made that strategy difficult, as lenders now are looking for higher profit margins on these loans, and sometimes they're passing on them altogether.

This forced Upstart to do its own loan originations, not all of which were good bets, and its balance sheet took a hit. This year the company has gone back and forth on how to manage the accounting of these loans, which has made Wall Street leery.

The home-furnishings retailer known for its extensive couponing is now struggling to stay out of bankruptcy. In 2019, new CEO Mark Tritton implemented a new strategy to sell private label merchandise and attempted to overhaul its supply chain, neither of which succeeded. This led to bare shelves, which caused customers to abandon its stores in droves.

Tritton left the company in June. The business is now attempting a restructuring that involves better cash management, layoffs, and store closures. All the while, it's become a meme stock, and activist investor Ryan Cohen sold his entire stake of Bed Bath & Beyond stock. One more painful blow: The company's CFO Gustavo Arnal died by suicide in early September.

In July PMV announced an agreement with Merck for clinical trial collaboration and supply, as it tests a small molecule investigational therapy in conjunction with Merck's Keytruda.

On the business side of the company, it has reported having less cash than a year ago, along with higher R&D and general and administrative expenses. Although it's running through cash more quickly without any revenue, PMV likely will be able to raise money to remain solvent for the near term.

LEARN A SAFER WAY TO INVEST WITH MORE CONTROL

Intercept Pharmaceuticals focuses on treatments for liver diseases. In July, it released positive results for its treatment of nonalcoholic steatohepatitis, which were consistent with a study released in February 2019.

However, news of the study results caused the company's stock price to plunge mainly because the company also announced that it will resubmit an application to the U.S. Food and Drug Administration for this treatment. The government regulator declined its application in 2020 based on the potential for the risk of treatment to outweigh the rewards, and investors are concerned Intercept may be declined again.

In the meantime, Intercept's second-quarter earnings included a 68-cent loss per share, even though revenues exceeded analyst expectations.

Looking for a strategy to preserve your capital and protect shares of a stock you already own? Learn about this powerful variation of an options collar.

How to Trade Options 2.0

Don't make the common mistake of thinking "simpler" options are "safer." Learn how to use multi-leg options strategies for the edge you need to succeed.